On Saturday I was back at one of my favourite venues, Nettlestead Place, to photograph the beautiful wedding of Rebecca and Mike. The weather may have turned a little colder lately, but the sun was shining brilliantly for this couple. Becca got ready in the bridal suite upstairs at Nettlestead with her 3 bridesmaids, mum, and was later joined by her flower girl. Then it was just a short walk downstairs to the undercroft for the ceremony – I’ve mentioned this 800 year old location before on my blog so I won’t say much here but it truly is a special and unique option for wedding ceremonies.

After the ceremony and confetti blessing, everyone enjoyed drinks and canapes in the Rose Garden before heading to the marquee for the wedding breakfast. There were speeches from the father of the bride, the groom, & best men, and a tequila shot for everyone as part of the groom’s speech in honour of his father.

I had a great day with Becca and Mike, and although being in front of the camera or being the centre of attention wasn’t exactly Mike’s “normal habitat” (as he put it), I think these two absolutely rocked the portraits. Mike may not have been jumping for joy at the prospect of the photos generally, but his face definitely lit up when I suggested the idea of using the tennis court for a night portrait (he’s a big tennis fan). And so, during the meal I planned out a shot for after dark. It was a little trickier than I expected as it was pitch black, but I set up 4 lights around them, and am very pleased with the result. 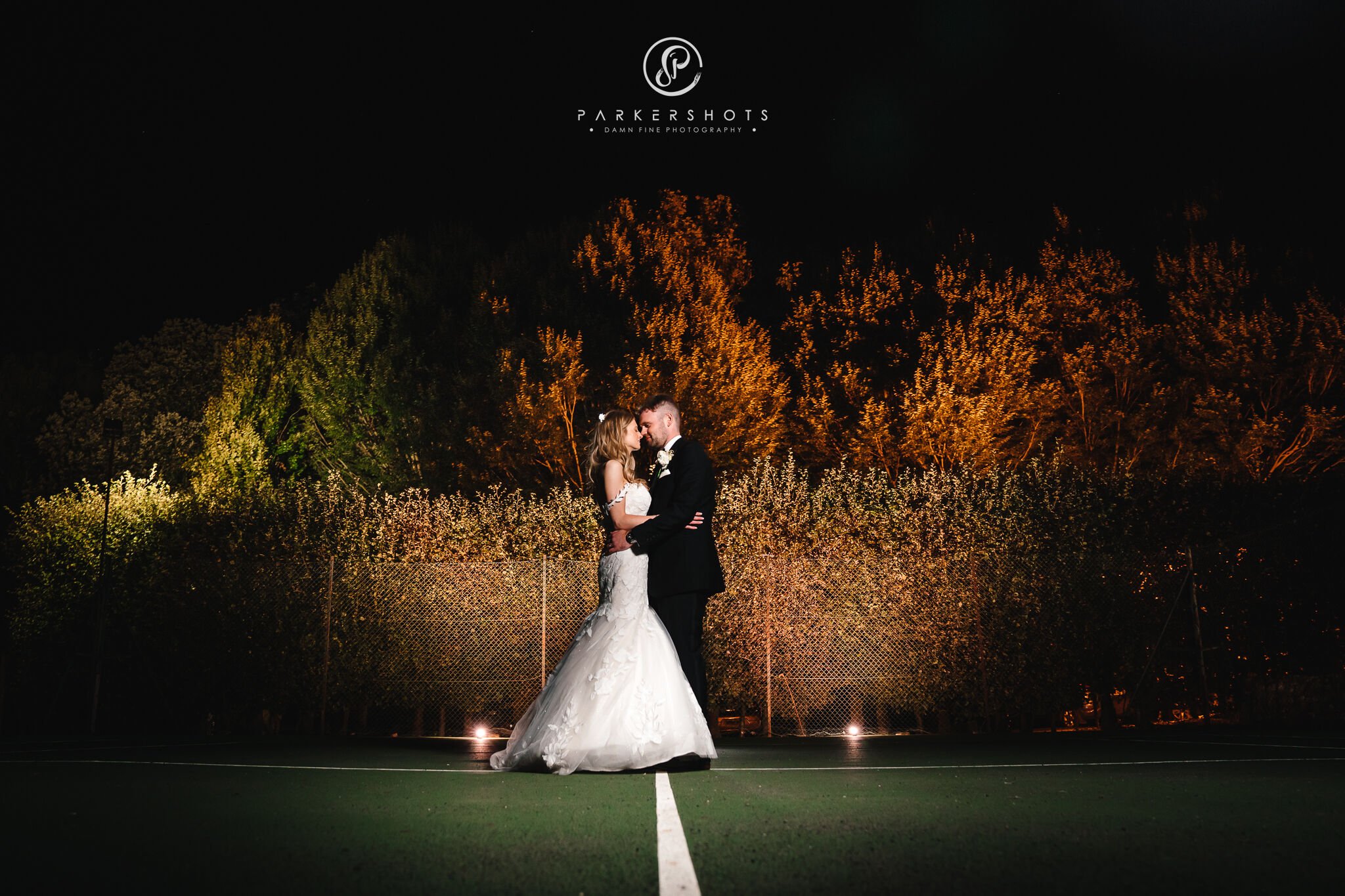