Kirsten & Wayne has originally booked me for their wedding at The George in Rye for Autumn 2021, but after a fire gutted The George, and restoration work took longer than expected, they postponed and changed venue to the beautiful Hotel Du Vin in Tunbridge Wells. It’s been a while since I photographed a wedding at The Hotel Du Vin, so it was nice to return, and Kirsten and Wayne had planned their whole day to occur there including the morning prep, ceremony, wedding breakfast and evening reception.

One of the stand out things from their day for me has to be the surprise Singing Waiters they’d arranged for between main and dessert. The ruse started with “Alfredo” coming out of the kitchen fully dressed up like a head chef, who in a thick Italian accent, explained how after working at the hotel for 30 years, today was his last day and the bride and groom said it would be OK for him to sing a song from his country. With the guests looking on with low expectations, he went on to belt out a pitch perfect rendition of Nessun Dorma, that moved a few people to tears it was so good. After another solo song, two of the “waitresses” then joined him to sing a variety of songs. I, along with the guests, all thoroughly enjoyed the whole performance. They pulled various people up for participation in some songs, and then had everyone doing a ‘Conga’ through the room, outside, and back in again. It clearly got everyone up for a party and I imagine would be a talking point for many of the guests for some time after. I particularly liked the part when “Alfredo” admitted to the deception, dropped the accent, and said he was really “Alan” from Orpington.

I also really loved Kirsten & Wayne’s song choice for the first dance. It’s not one I’ve heard a couple use before but is an absolute classic, and got everyone into party mood straight away. Their song? The timeless, “You got the Love / Your Love” by Frankie Knuckles. I’ve never really paid much attention to the lyrics before but hearing it then, while watching their first dance, I realised what a beautiful love song it is. 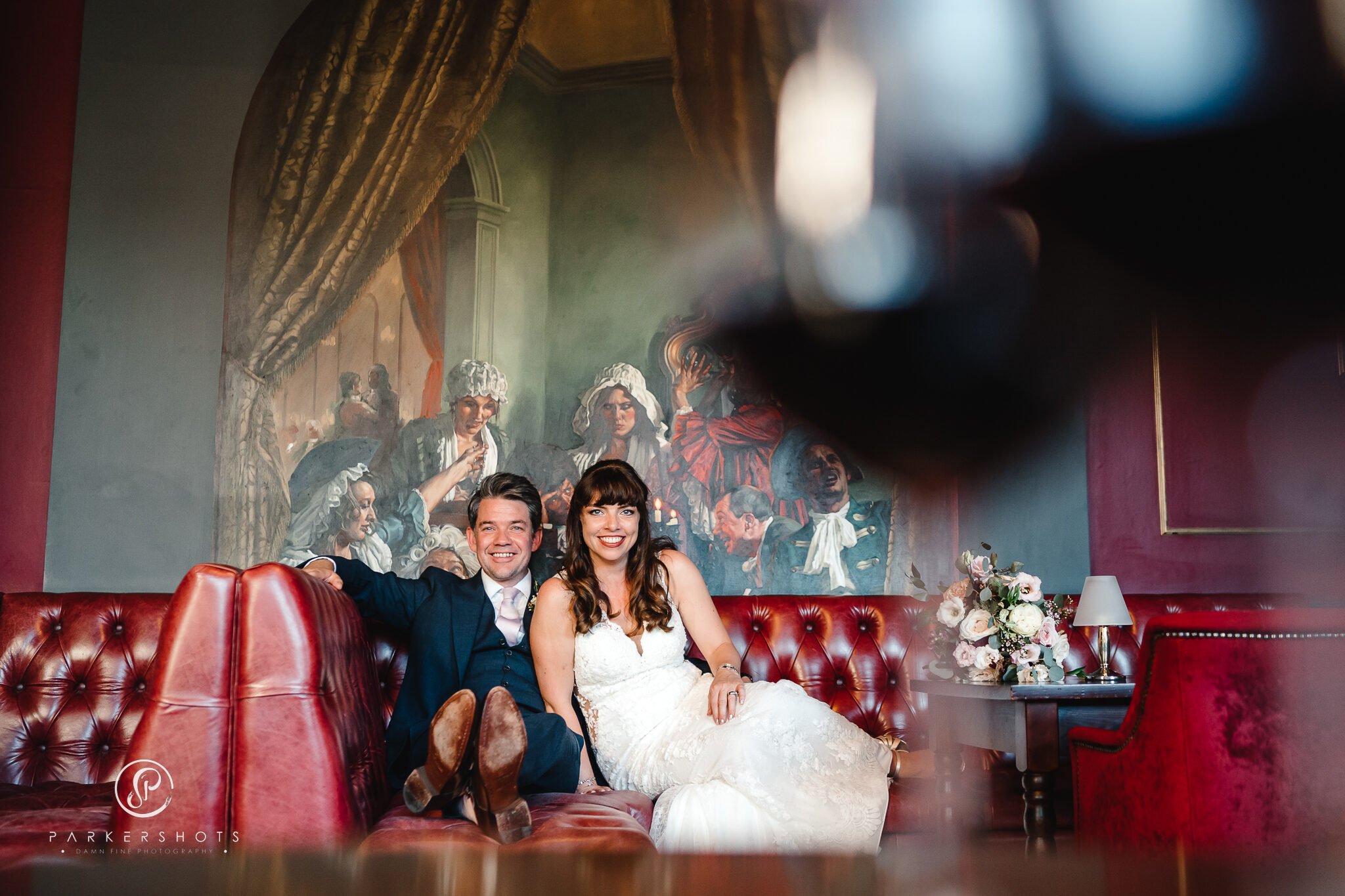