Ellie & Joe’s wedding locations were all around Greenwich. This is a beautiful area anyway, but I thought it was an especially nice choice, given that they first met as teenagers in Greenwich, and have been together ever since. Ellie got ready at her mum’s house, which was a very short drive away from St George’s church, and then they celebrated at Queen’s house.

Before the ceremony, we had a couple of minutes for some photos so I asked Ellie to turn around to look at the camera just as she was about to enter the church. However, this area seems to be a bit of a vortex and a gust of wind plucked her veil out of her hair and started taking it straight upwards. If it hadn’t caught on the flowers Ellie and Joe had placed outside the door, who knows where the veil would have ended up. By a strange coincidence, a similar thing happened to the mother of one of her bridesmaids when she got married there, although in that instance the veil didn’t catch on any flowers and flew right over the church!

After the service, a London Routemaster Bus took the guests to Queen’s House over two trips, and then the celebrations began. It was my first time photographing a wedding at Queen’s House and what a stunning location it is. To the south, it looks over Greenwich Park, and to the north, it has a spectacular view through the awesome architecture of The Old Royal Naval college to the Thames, and the skyscrapers of Canary Wharf behind. As you’d expect given the name and location, both the architecture of the Queen’s House and the interior decor is steeped in history with beautiful seascapes of the naval past.

After the meal & speeches, Ellie and Joe opted to have their first dance out in the open at the base of two curved staircases leading down from the house to the grounds. I love an outside first dance anyway, but with the gorgeous summer’s evening light, and beautiful London backdrop, this was especially amazing. What a beautiful wedding!

Here is a portrait of them at the base of the stunning Tulip Staircase. Thanks for having me and congratulations once again! 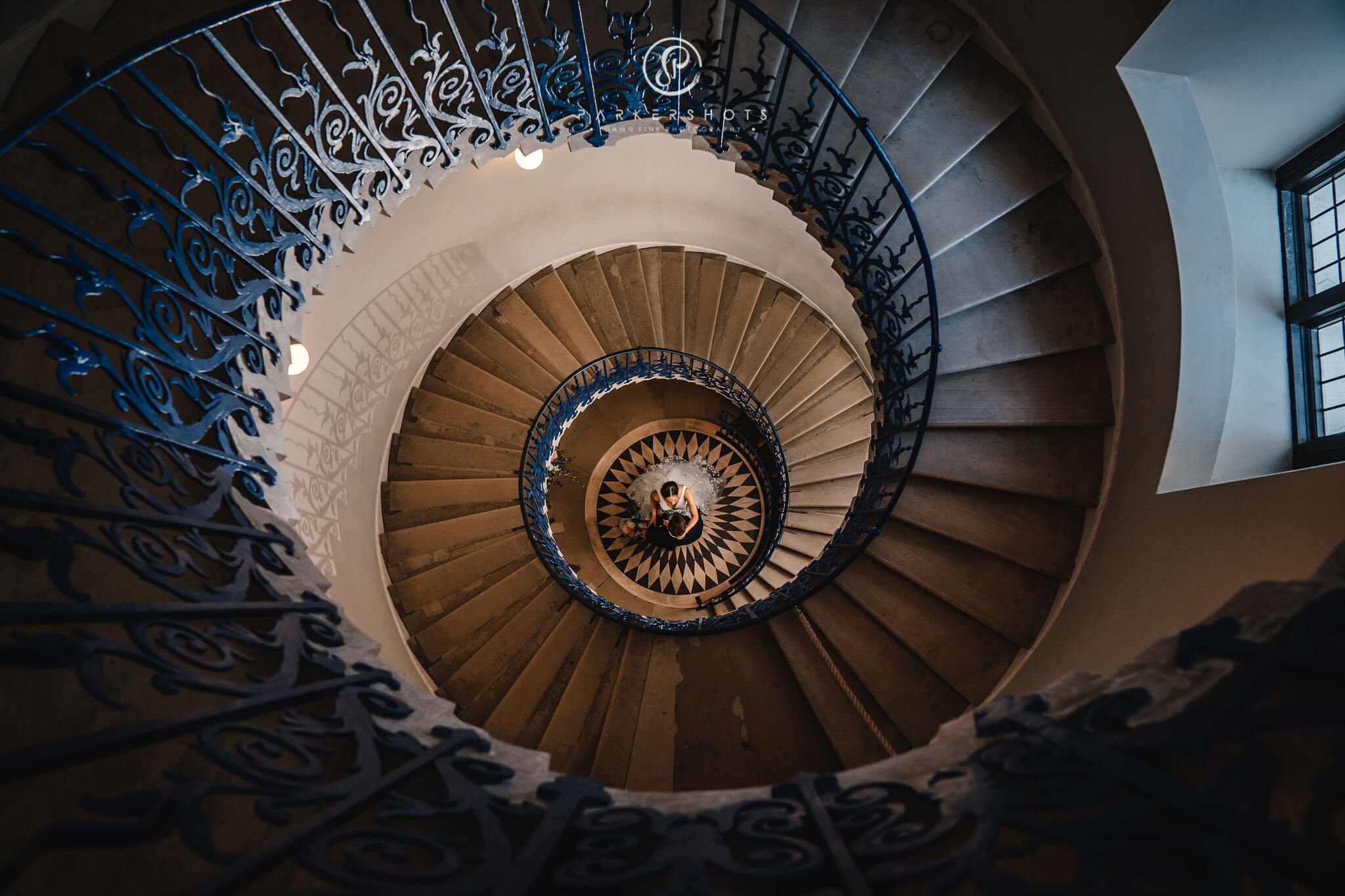