Bei & Simon told me when the first booked that they wanted a laid-back wedding and I can tell you that they succeeded. They, their families, and their friends are all such a nice and friendly bunch, and the day certainly had that chilled vibe for the duration.

They chose the inside barn for their ceremony but the weather was actually surprisingly sunny (despite the forecast), and they enjoyed their drinks reception & photos in the courtyard. By the entrance to the venue, were two cars with a special significance to Simon. One was a 1936 Austin 7. This was owned by a family friend and when Simon was young, he would often be at their house surrounding by parts of classic cars like this as they were at various stages of being restored. The other car was a Porsche 911 GTS cabriolet – a stunning piece of modern engineering brought to the wedding by one of Simon’s work colleague. The contrast between these two cars was striking.

For their preview photo, I just had to share the last photo taken on the day. Bei and Simon wanted a night portrait and Simon said he’d love to utilise the bridge at Winters Barns. So, I set up some lights around then, positioned them at the top of the bridge arch, and encouraged some joviality. 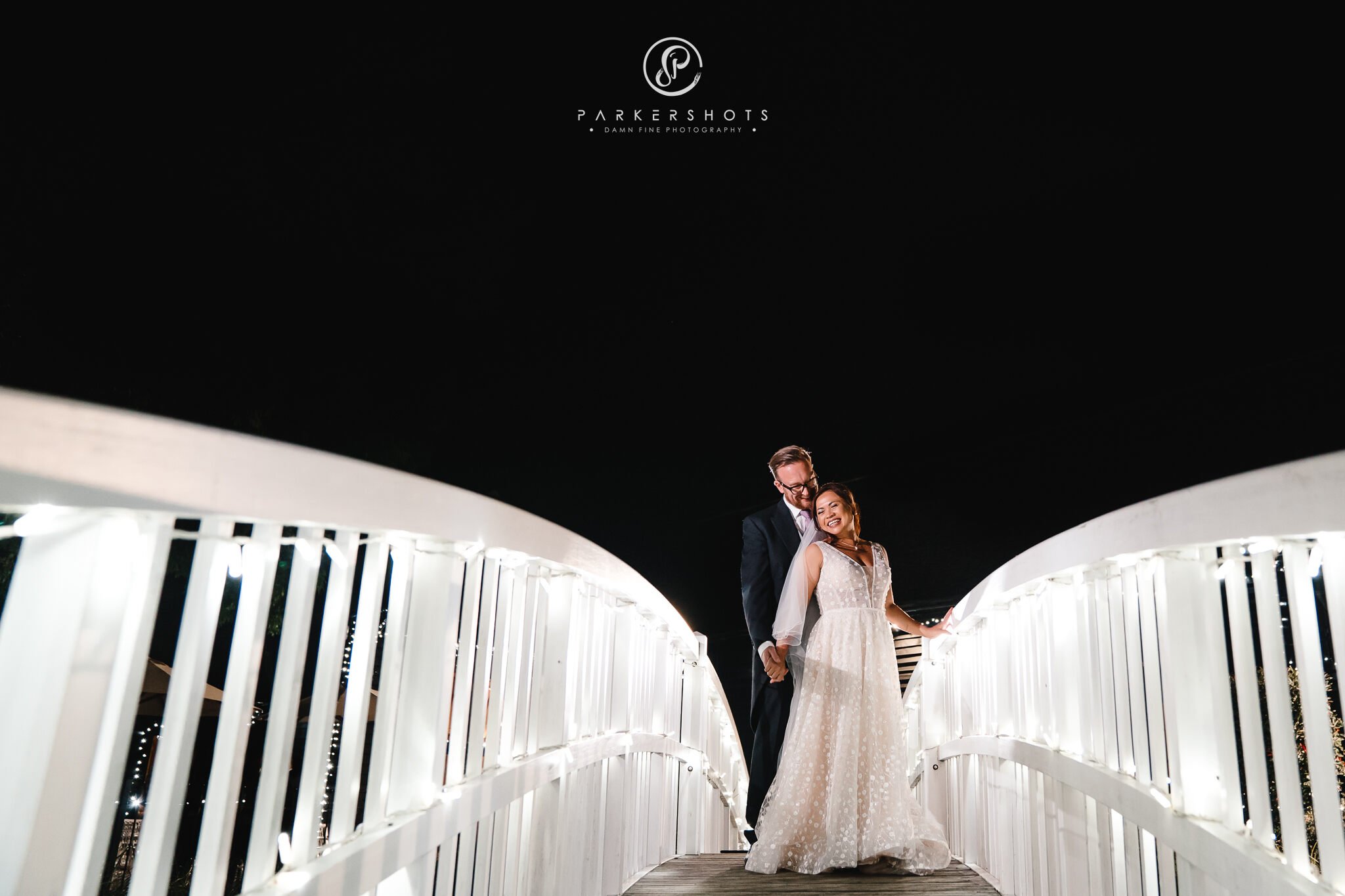