One thing I love about weddings is hearing about and learning about other cultures. During the bridal preparation yesterday, the bride, Hanneke, was conversing with her sister in another language, and she subsequently told me that her father was from a region of the Netherlands called Fresia. Although the language (to an outside ear) sounds similar to Dutch, it is Anglo in origin and is therefore very similar to English – which I learned in her father’s speech along with the fact Fresia and England have never been to war.

I also loved the bestman’s speech although it was slightly less culturally informative but it was absolutely hilarious. I particularly loved hearing about how Michael proposed to Hanneke and how when he had to cover up his imminent proposal, he said he planned to give Hanneke a tour of the hotel room they were staying in. After which, he followed through with this ruse by taking her around the room, and even going so far as to explain how things like the tap worked. He finished the tour with the proposal, but placed the ring on the wrong finger. It is such a lovely and memorable engagement story that I’m sure will make the couple smile for all the years of their marriage. I imagine that wedding proposals often don’t go entirely to plan – when I attempted to propose to my wife in her own language, I mispronounced a word and instead of saying I would be the happiest man in the world if she said yes, I said I would be the worst. I did worry why she was laughing at me but she said yes, so I guess I got points for the effort.

Hanneke and Michael’s wedding was absolutely beautiful and I wish them lots and lots of happiness together. Here is a preview from their day featuring them practicing their first dance in front of the magnificent freestanding grand marble staircase – the largest in Europe. It’s an incredible piece of architecture, but it’s easily outmatched by these two. 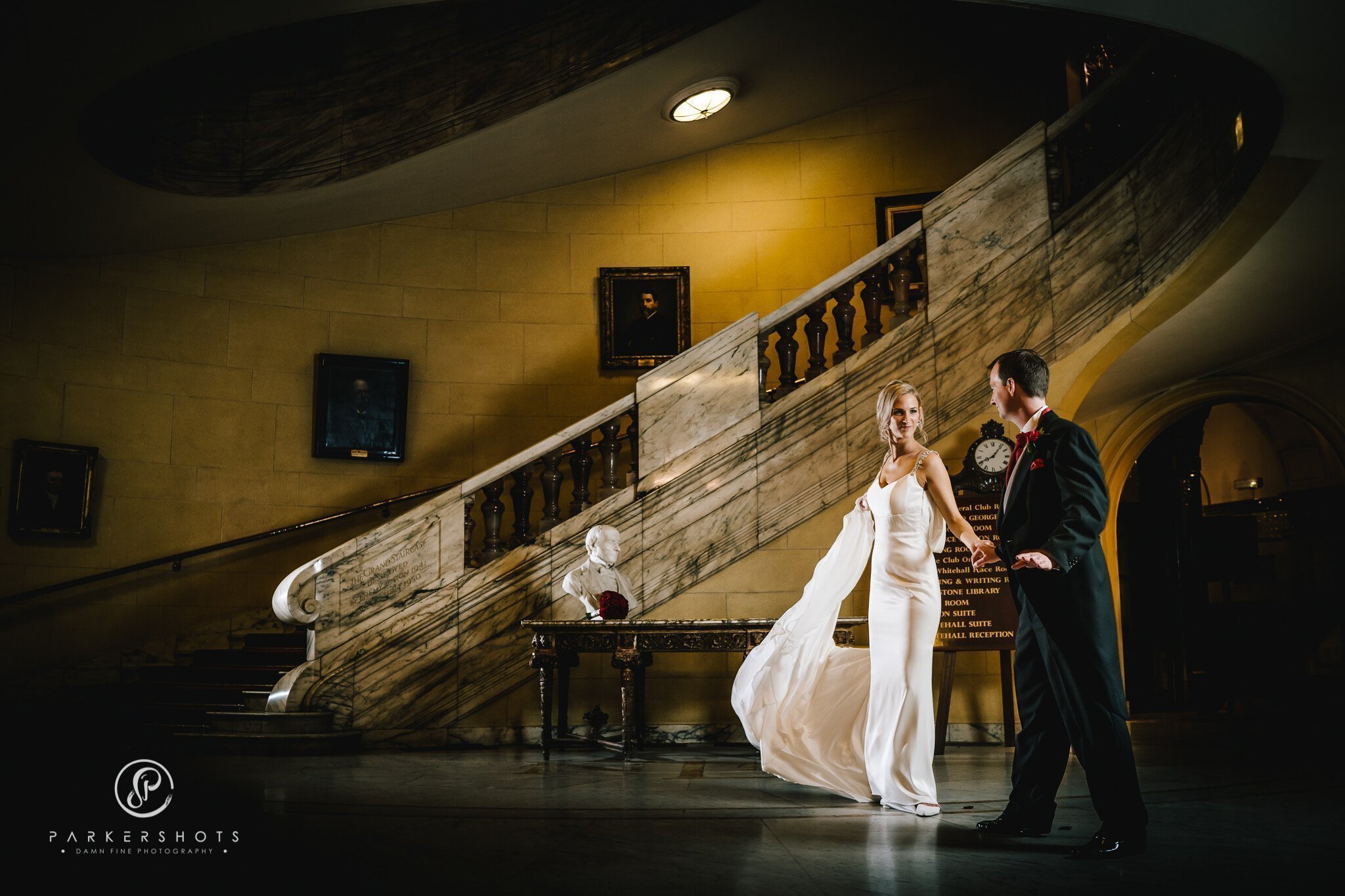