Seeing as 2013 was such an extremely busy year for me (and particularly for wedding photography), it was perfectly fitting that on the last day of the year, I was photographing a wedding at my busiest venue of the year – The High Rocks in Tunbridge Wells. 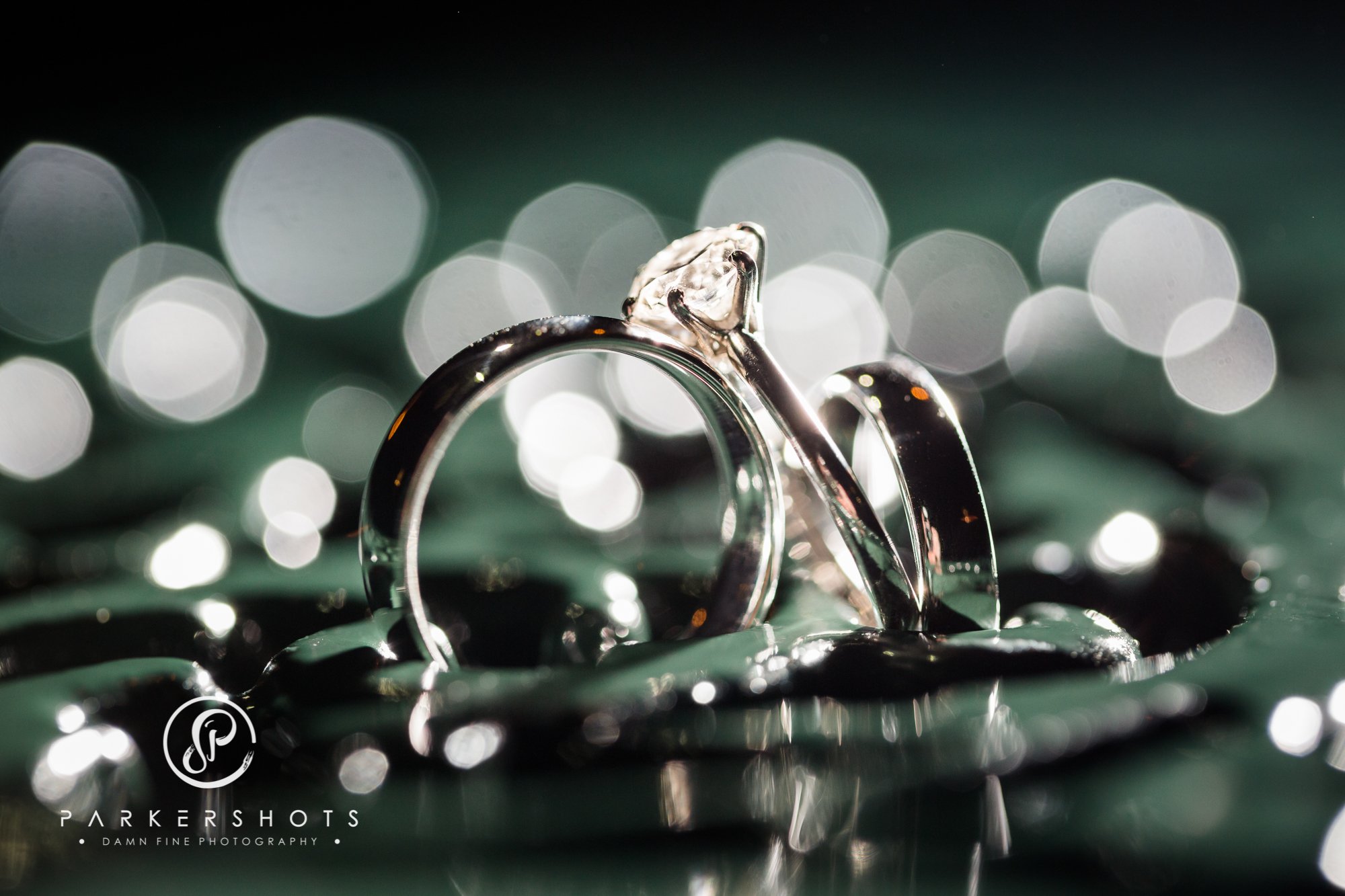 At every wedding, where I am there during the wedding breakfast, which happens to be nearly every wedding, I normally like to keep myself busy while people eat, so go off to photograph details off the day, plan shots for later, and to photograph the rings. For this shot, a rain covered patio table was the setting, and a touch of flash from behind created the effect. The sparkles in the background reminded me of a glitter ball which I felt was perfect for a New Years Eve party of a wedding. I hope you like the photos and will update the blog again soon.

OK, so the weather wasn’t exactly what anyone would have wished for, but it certainly could have been a lot worse and with breaks in the rain, we were actually able to get outside for a few photos. 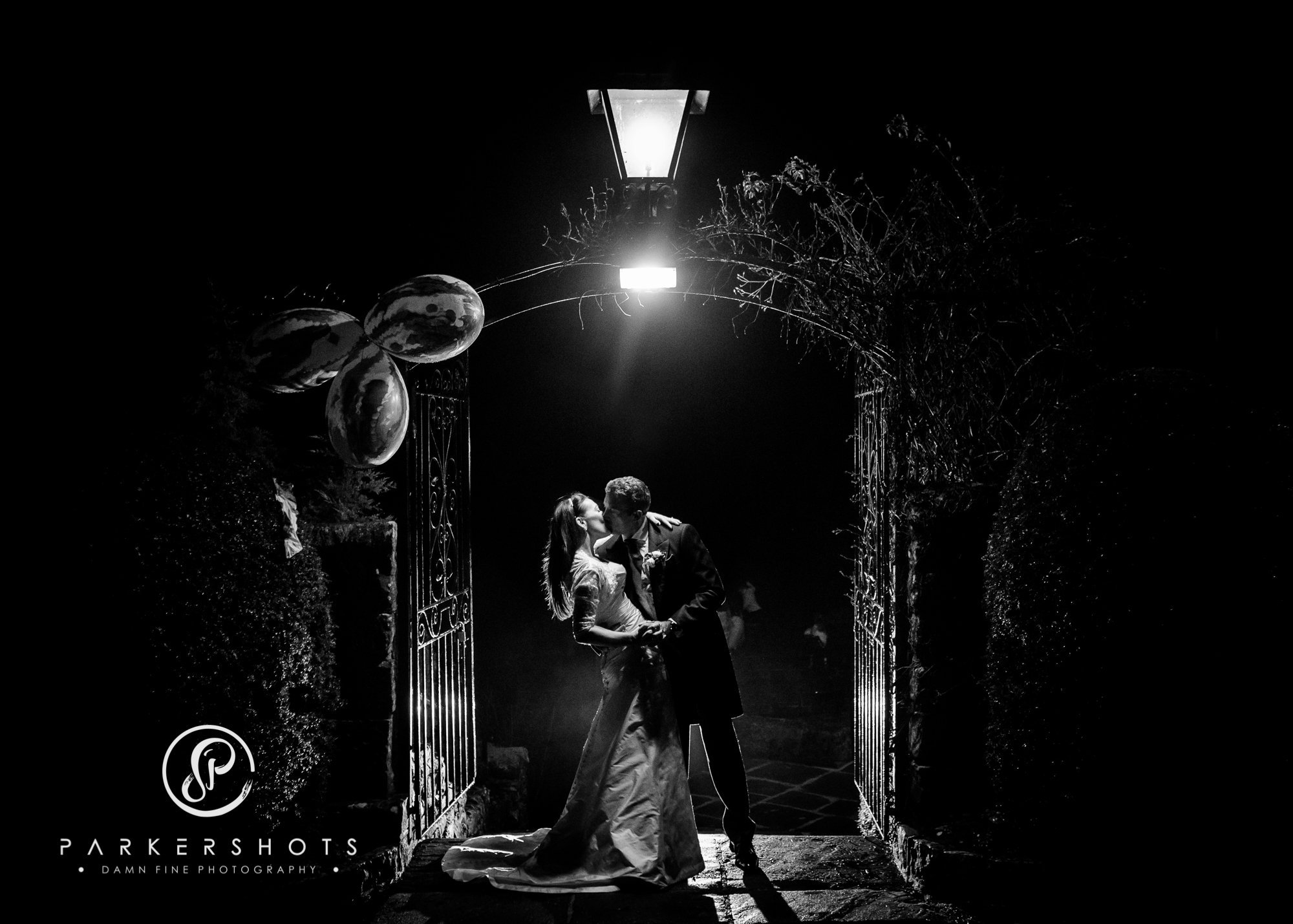 This photo was actually one of the last of my time with Ann and John. They’d told me in our first conversations how they’d love a photo under the archway outside The High Rocks, so only very extreme weather was going to prevent that. However, rather than some of the standard shots I’d see here, I wanted to create something more dramatic and to use the overhead existing lighting in a more complimentary way. 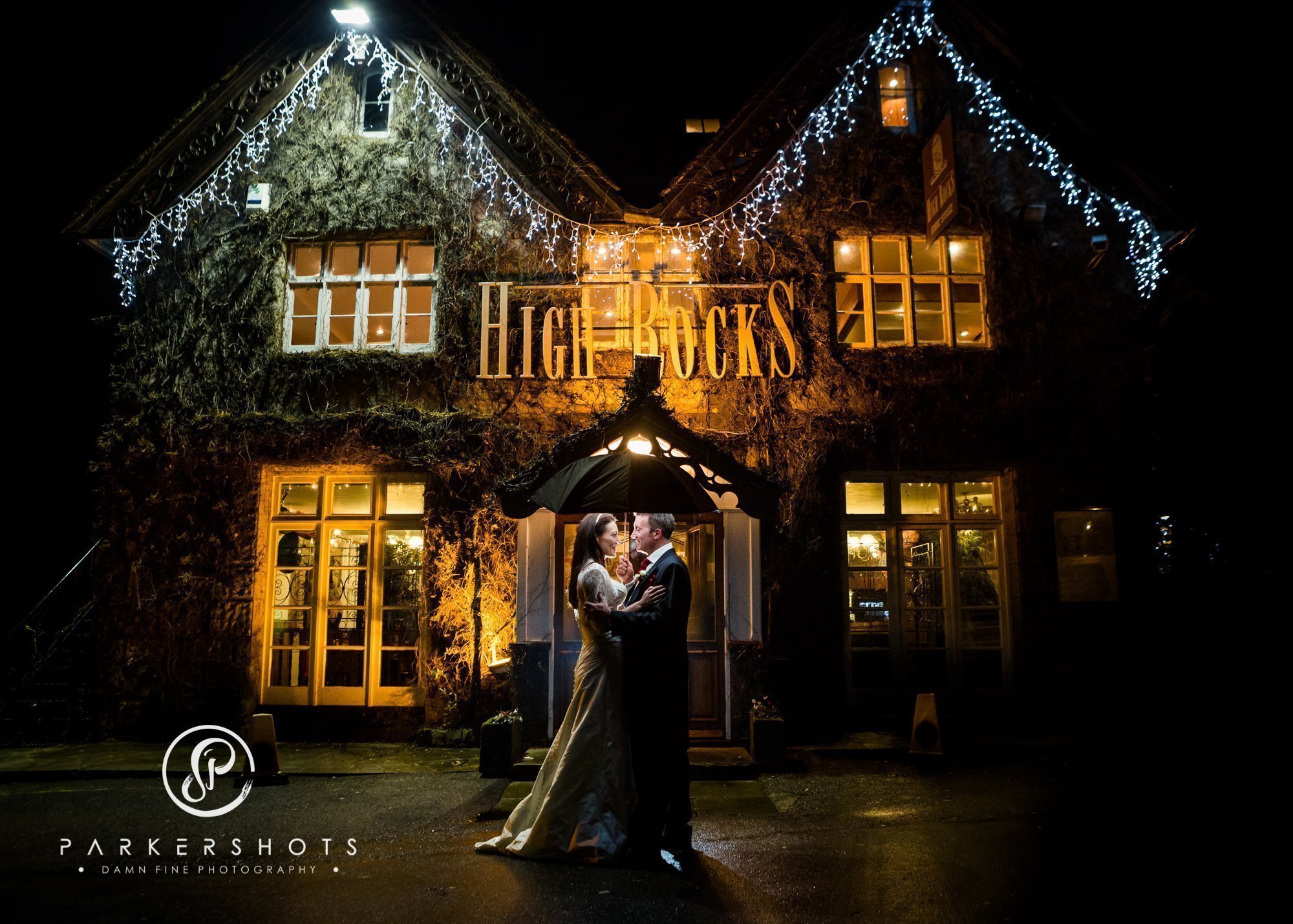 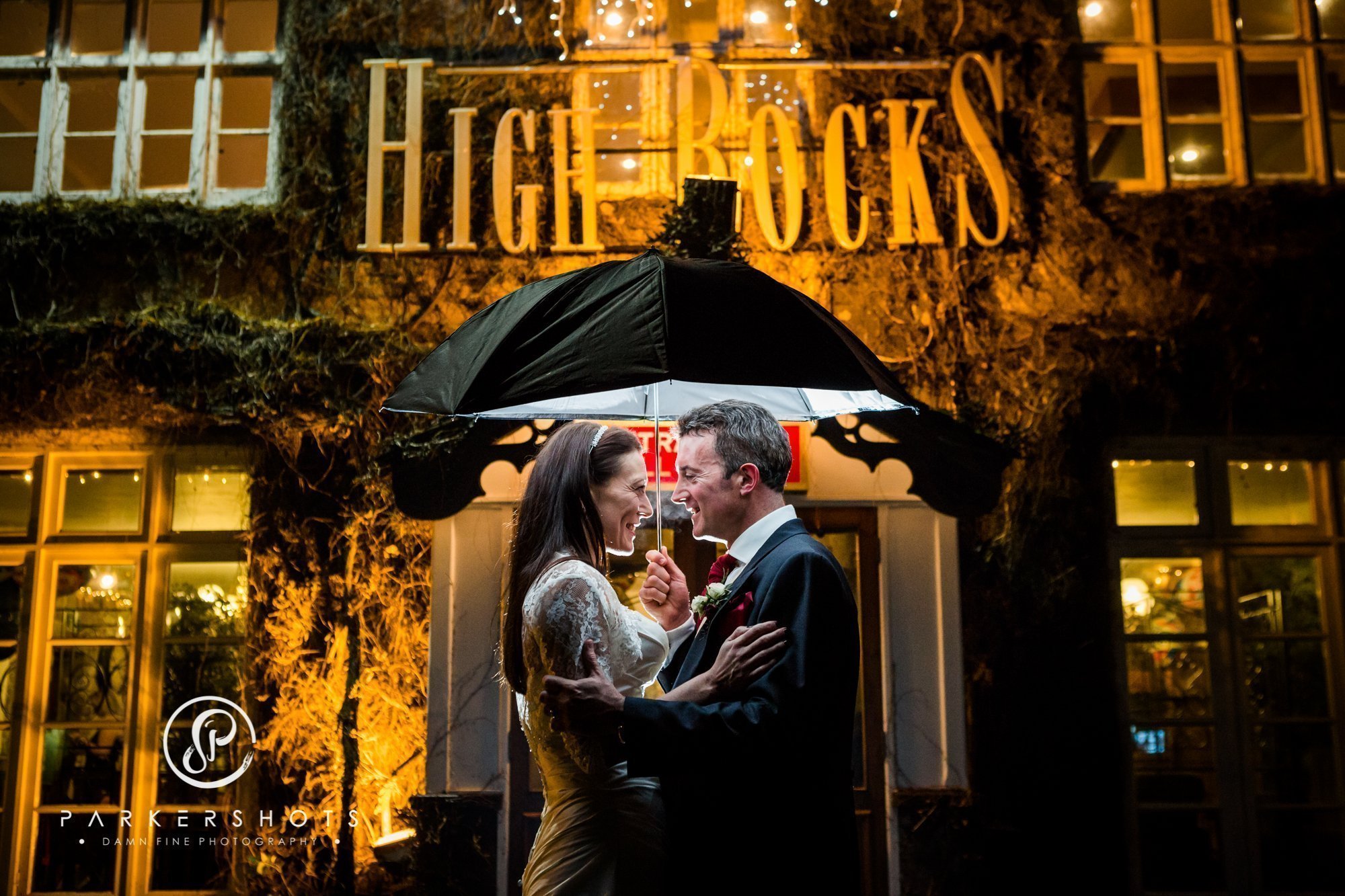