On Saturday, I had the pleasure of photographing the wedding of Sarah & Richard. Their wedding was a bit of a new experience for me, as it was the first time I have had to pass a military guard armed with a machine gun when entering a venue grounds. That being said, he was a pleasant chap, and it was quite understandable with their chosen venue being Brompton Barracks. After passing security, I met Richard in the Officers Mess who then showed me where everything would be happening for the day. Both Sarah & Richard were getting ready there, albeit in different sides of the building, so I could swap between rooms photographing both of them getting ready.

Their ceremony took place just a short drive off-base at St. Barabara’s Garrison Church, & was conducted by Padre Johnathan Hyde. It’s a beautiful church with lots of space to move around, and a balcony for a nice elevated viewpoint. Thankfully, Padre Johnathan was very relaxed and told me beforehand that I was free to go where ever I wanted during the ceremony.

With the vows exchanged, rings in place, and marriage booked signed, the newly married couple were beaming from ear to ear as their walked back down the aisle together. The preview photo below is from after the ceremony as they excited the church and were greeted by Richard’s brothers-in-arms with a sword arch, and all their guests waiting anxiously to congratulation them and cover them with confetti. I chose this photo due to all the elements involved: the immaculately dressed couple sharing a kiss in celebration of their marriage, the military brothers honouring them, and the stunning entrance of the church itself.

We then all returned to Brompton Barracks for the drinks reception & group photos, before moving to the main dining room for the wedding breakfast which was preceded by the speeches. These were all well written and well delivered, drawing on the work connection of the fathers of bride and groom, the love felt between the bride and groom, and the beautiful people they have grown into. A special nod has to go to the best man, Richard’s brother, who described the very close relationship he has with Richard, and some of the antics they used to get up to. He also delivered one of two shocks in his speech, & all was taken in good humour – as he said, there is only so many times you can be told that you can’t say something, before you really have to say it.

They were blessed with a beautifully sunny evening after the meal, so the guests could enjoy the gardens before the evening party began. Richard had previously stated (a few times) that the first dance was the bit of the day he was most apprehensive about, and as the guests were called onto the dancefloor after the first minute of their dance, it was obvious how much more relaxed and happy he was.

I had a great time photographing the wedding of Sarah & Richard and wish them lots of happiness together! 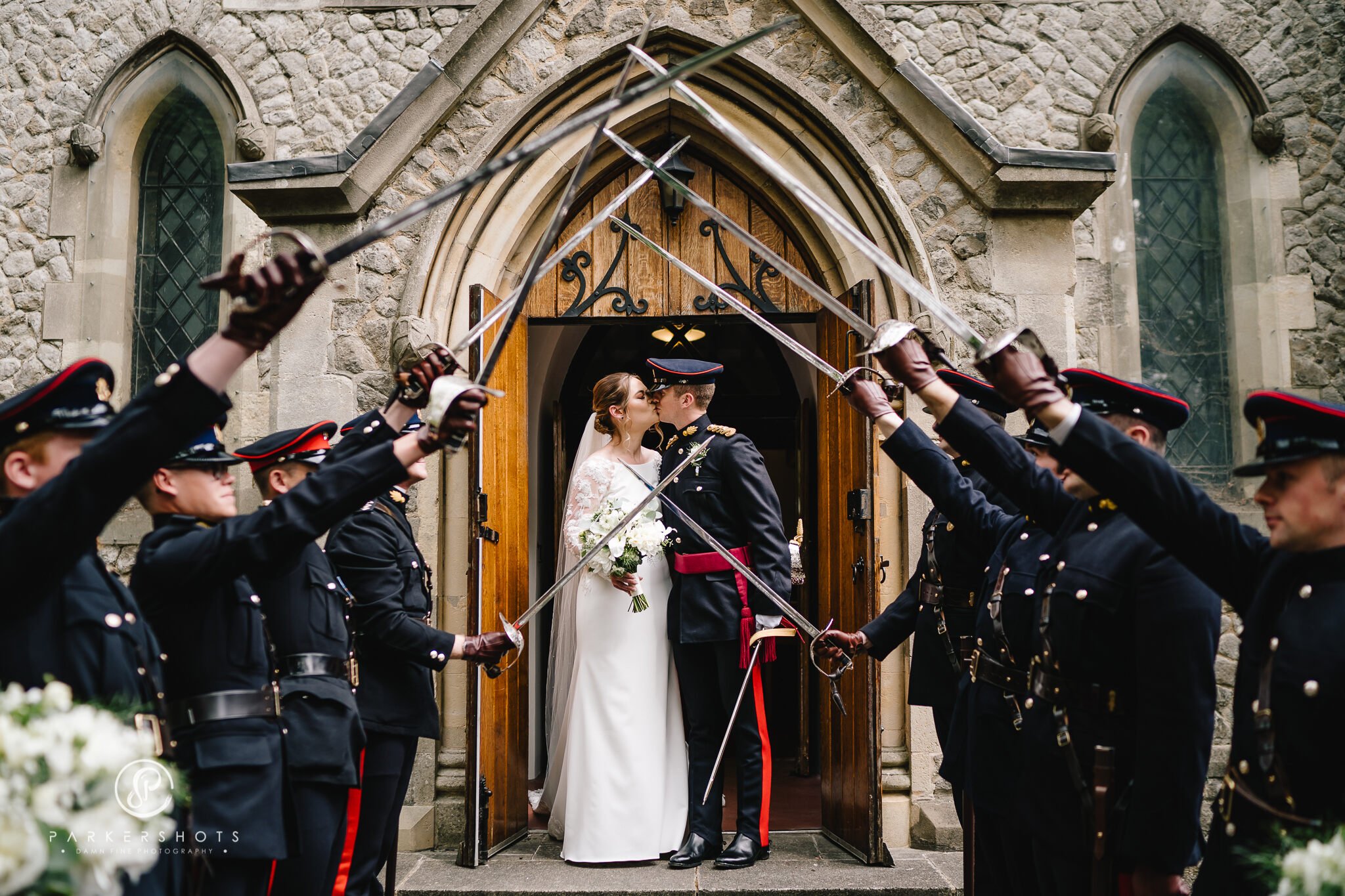