Karen and Matt have had a few wedding dates now, so Matt has been told that he has a legitimate excuse should he forget the date in the future. You see, they were originally planning on getting married in May 2020, which then became November 2020, until finally, and thankfully, they were able to have their wedding in August 2021. On the plus side, I figure that means they have 3 dates each year worth celebrating, and after the 15 months or so we’ve all endured, I think we all could do with maximising the celebrations for some time into the future.

They had their day at Winters Barns in Canterbury, and although the weather didn’t quite get the memo that we’re now in August, no-one seemed to mind. It was my first wedding post “freedom day” and it was so nice to see the change in mood. A weight visibly lifted from people’s shoulders, and the enjoyment of a live band playing to a full dance floor. Oh, how I have missed these moments.

I had a great day working with them both and felt like I’d known them for ages. Funny thing is, I have actually known them for a while now. They first booked me back in February 2019, then we met for their pre-wedding shoot in August 2019, and 2 years later I photographed their wedding. Despite the reasons for the delays, it’s been nice talking to them during that time, and hearing about how their family vineyard business is going. If you like a vino and fancy trying some produced in Kent, you can find them here – Wayfarer Wines https://www.wayfarerwines.com/

For their preview, I couldn’t resist this black and white portrait on the bridge. It’s a little different from your normal wedding photo, and I don’t normally post black and white photos for the previews, but for this shot, it just looks best, and these two just look so cool in this shot.

Congratulations Karen & Matt. It was a real pleasure. 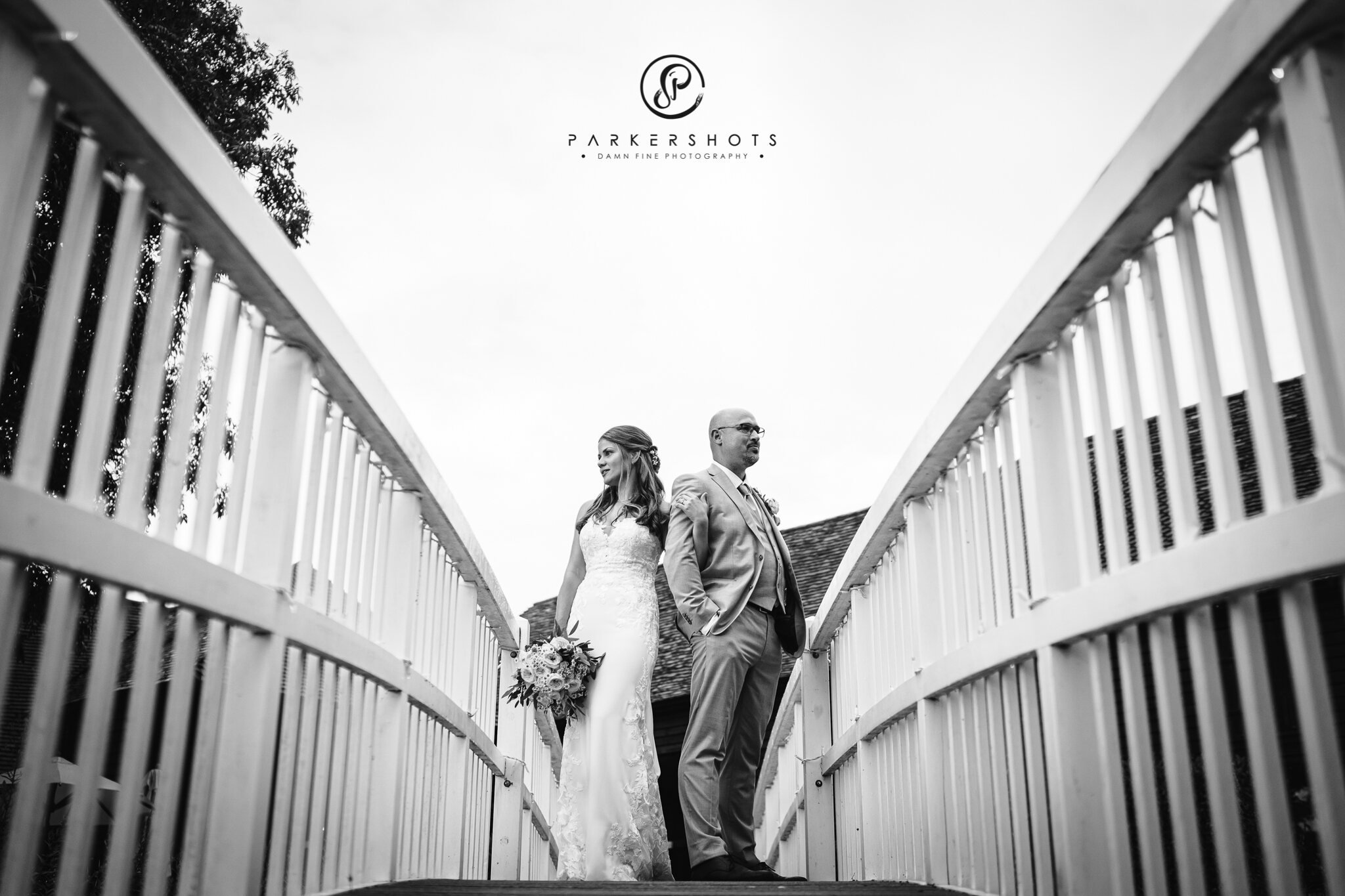