I had a great time photographing Amy & Terry’s wedding at Winters Barns yesterday ; they’re two of the nicest people around, it was a beautiful sunny day, and the staff at Winters Barns were on top form as always.

Both Amy & Terry got ready at Winters Barns so I switched between rooms, capturing prep photos of both of them. Then they enjoyed an outside ceremony, celebratory drinks in the garden, and then the meal and party in the respective barns. Like many other couples getting married at the moment, their wedding had been postponed to this year, and they clearly had that feeling of disbelief that they were actually having their day. It was beautiful to see.

Here is a photo of them enjoying the grounds as myself and Luke from TDH Media (videography) took them out after the meal as the sky was turning a beautiful golden colour.

Congratulations Amy & Terry, and thanks for having me as part of your wedding! 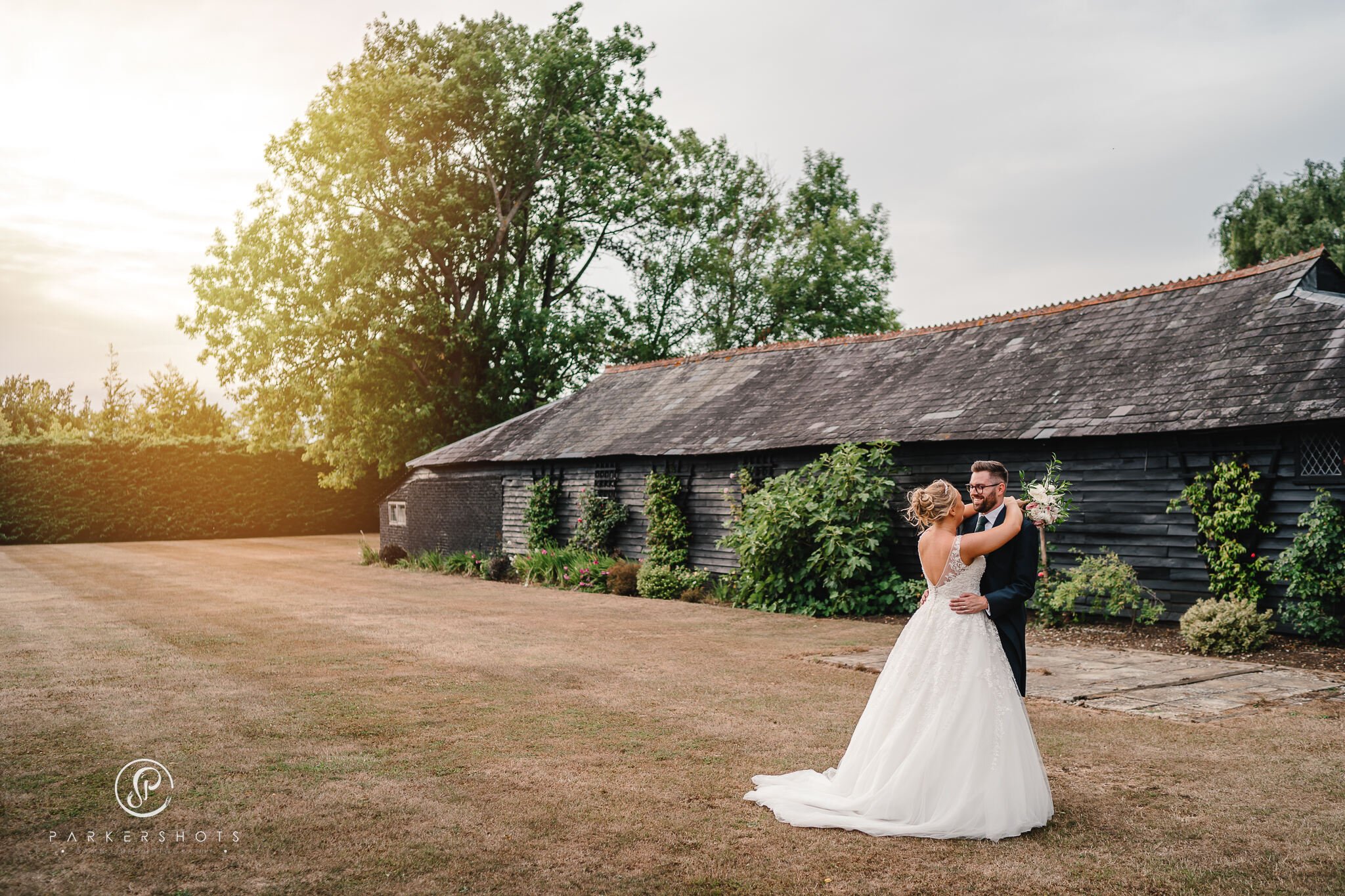