From our first meeting back in 2019, I got on with Amy & Rob like they were friends I had known for years. We discussed their wedding plans, but moved on to health (they’re both doctors), physics, and ancient civilisations, and ended up talking for quite a while. Then things happened in the world, their plans got postponed a year, and I didn’t see them again until recently for their pre-wedding portrait session. It was straight back into easy conversation with these two – honestly they must be two of the nicest people you’d ever meet. We ended up going for a walk across some fields near their house, and were blessed with an incredibly warm and sunny evening. I had to remind myself to take some photos at times, as I was just enjoying chatting and walking with them. There was a small incident when we got ambushed by a drove of bullocks, but no person or animal was harmed, and we laughed about it afterwards (Amy later confirmed to Rob by way of a photo that they were indeed bullocks, and not heifers).

When the wedding day arrived, I couldn’t wait to get stuck in. It’s been a while since I photographed a wedding at Blackstock Country Estate, and I knew it would be a great day with Amy & Rob. The heavy mist of the morning soon dispersed and then it was sunshine supreme for the rest of the day.

Despite being pre-warned about Amy having an identical twin, I still walked in to the bridal prep room and said hello to her sister straight away thinking it was Amy. Thankfully she recognised my false recognition of her, and quickly introduced herself as Philippa. After that, everything went perfectly. They had their ceremony in the Tudor Barn, drinks on the terrace, and their wedding breakfast in The Granary.

This preview photo was taken during the wedding breakfast, between the main and dessert. We knew the sun would set around then so Amy & Rob had said beforehand they would be very happy to pop out for photos between courses. I took them to a few locations around the venue but I was particularly keen to get one portrait of them here. I knew from our pre-wedding portrait session how much they love the countryside and they told me the view was one reason they booked the venue, so it was a bit of a priority in my mind. Thankfully the timings and weather worked out, and these two rocked it. A special thanks to the toastmaster, Paul Mitchell, who not only kept things running smoothly for the whole day, but also drove us around the grounds for the photos, and held a reflector for me to capture this shot.

Congratulations Amy & Rob – it was a such a pleasure photographing your wedding! 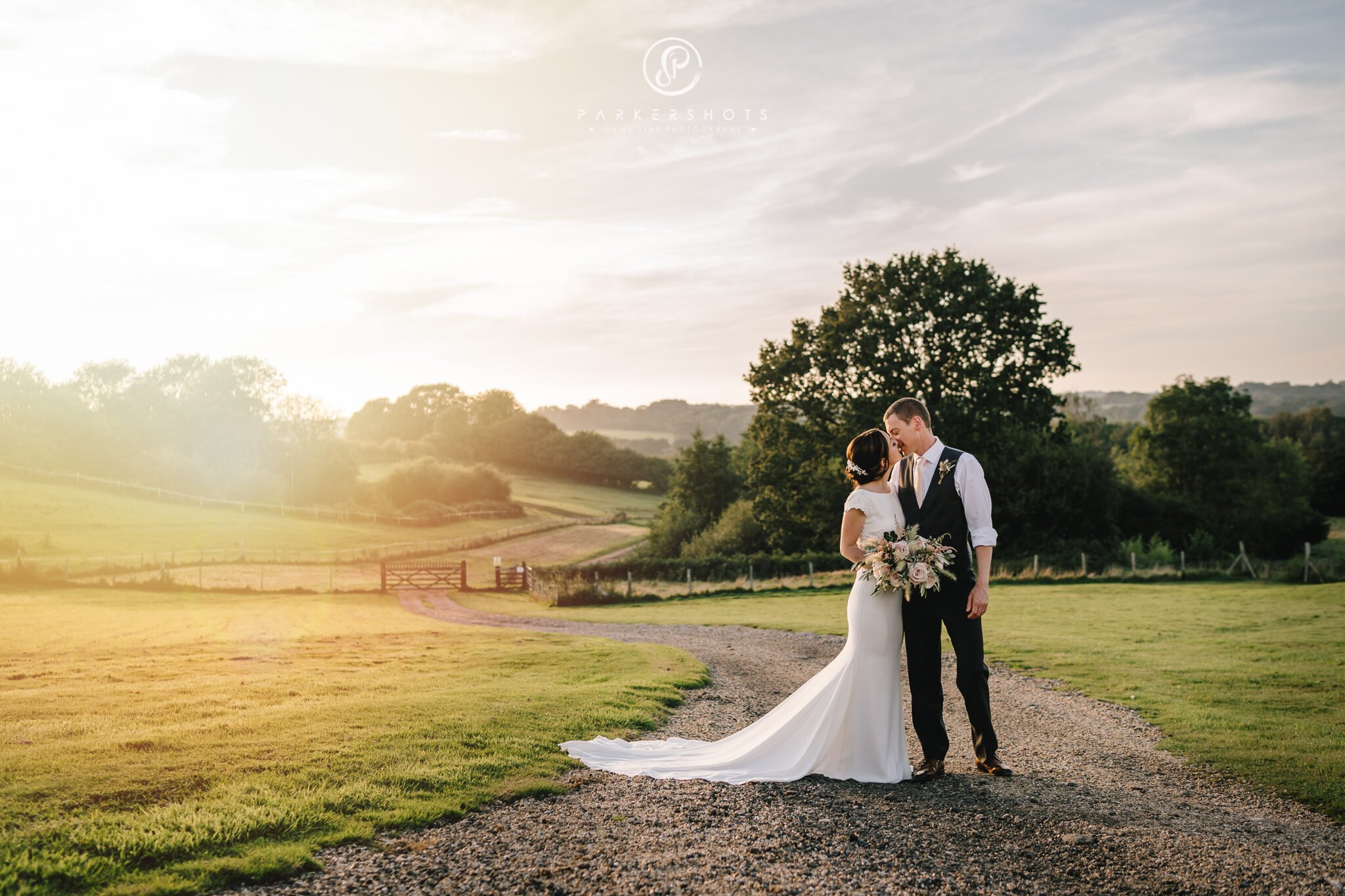